Update on the Global Peace Index

Wars around the globe cased 2014 more than 200’000 deaths and costs around 14 billion USD. The australian Institute for Economics and Peace (IEP) has again measured the peace index for 162 countries according to 23 indicators. The good news is, the world has become more peaceful, despite the fact that there are still several huge crisises around the globe. 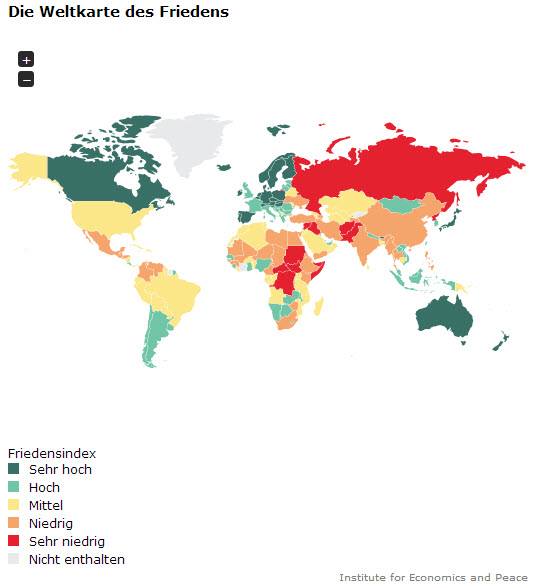 The bad news is though, that the historrically peaceful countries (Switzerland, Denmark, Austria, etc.) remaind peaceful, while the “traditional” conflict states in the middle east or in africa got even worst. 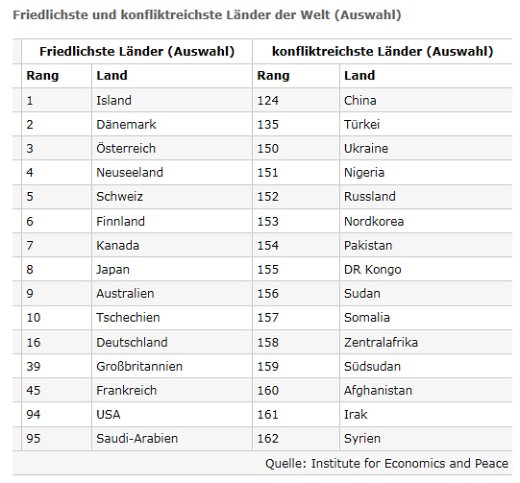 More than 20’000 people died in so called terrorist attacs. This is drastic escalation of deaths through therorism. But there are even more casualties in traditional war or conflict sones. The IEP reports about 180’000 deaths resulting of armed conflicts. There were 71’000 victems alone in Syria. Another big issue of these current conflicts are refugees. More than 50 million people were forced to leave their homes and countries. That means 0.75% of the world population (or every 133. person) are refugees.

Check out the Global Peace Index